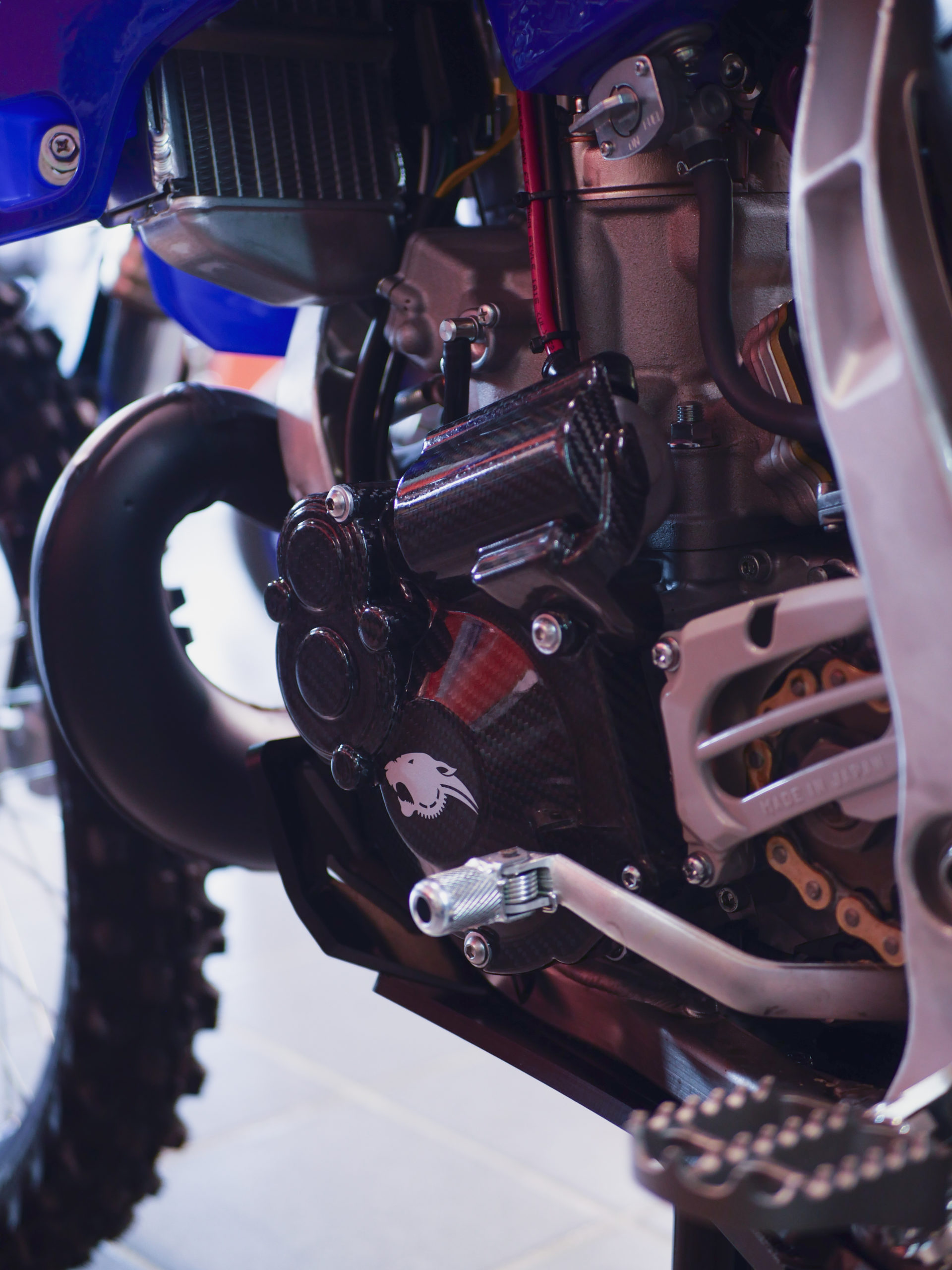 A dirt bike has always had kick-starting systems over the years. The introduction of the electric starter into the market changed people’s perspective on motorbike starters and sparked the argument on the effectiveness and convenience of electric starters compared to a kick-starter. Motocross bike manufacturers like Honda and Yamaha developed bikes with e-starters.

People who are against e-starters argue that installation of e-starters on a kick-start or non-electric start bike is time-consuming, costly, and adds weight to the bike. Furthermore, without proper installation on the bike, you may face some complications. However, it is important to look at the positive side of such installations.

There are many benefits attributed to e-starters on motocross bikes. Getting the right start for your motocross bike is important for maximum efficiency. Panthera Motorsports deals in a variety of electric starts one can install on their bikes to enjoy the best outcomes. Our store deals in superior electric start like Yamaha YZ250F, KX500 and CR500. Discover our electric kick-start

Kick-starts are boring and tiresome to deal with, especially during races and competitions when you need full strength. It gets tedious when you use your bike daily hence electric starters are favored. The article explores the reasons for the installation of an electric starter on your bike. The reasons include:

Having an electric starter on your bike gives you the advantage of the convenience of not struggling with kick-starts. This mostly plays out when you’re out riding and your bike has stalling problems. This becomes infuriating, especially in the mud and with a competition or race to win. Getting your bike back on track as fast and efficient as possible will be more possible with an e-start. This might come in handy when on a tight track or steep hill with less energy required of the rider. Associated risks or dangers are minimized with the push of a button.

Having an electric start saves you time. Imagine the time spent kicking your stalling bike before it can start. Starting your bike just by the push of a button proves to be the best way to productively manage your time.

The switch to four-stroke engines led to an increased desire for electric starts. Four-stroke engines such as Yamaha YZ250F are challenging to kick because of their high compression. Kicking such engines needs a lot of effort. This is infuriating when on the trailside with a stalled bike. Trying to fix the compression issue by introducing a decompression release did not help much with only more weight and installation costs added.

With street legal bikes, electric start is preferred due to the efficiency of the system. When your bike stalls it is much easier to get your bike started easily and continue with your journey without any worries. This proves effective, especially in situations where you’re stuck in traffic full of motorists trying to get to their destinations too. A kick-starter in these situations with such stalls will only spark complications.

Street legal requirements are such that your lighting system needs to be operational even if the bike is broken down or not running. E-start makes it easier to adhere to these rules with a system that can keep your lights operable at all times.

The dynamics of a bike having a battery on it has the advantages of smooth electrical impulses. However, motocross bikes are electrically becoming more complex. Modern motocross bikes have fuel injection infrastructure that lights up with electronic ignitions for timing accuracy and maintenance ease.

Fuel injection pumps and CDI boxes are very sensitive to changes in voltage. The e-start has been improved to weigh less in the latest bike models to kick out the weight penalty that worried riders.

Race bikes are all about winning and performance. Having an electrical start on your bike guarantees an improved performance on the track compared to kick-starts. The timing accuracy of the restarts after crashes improves a rider’s performance in a race. During races, having a stalled bike with pressure amounting can enrage a rider on the track stuck in the mud.
During the Las Vegas, Supercross Ryan Dungey crashed riding his KTM with Ken Roczen riding a Suzuki. The resulting difference in restart times after the crash was interesting. Dungey, who went down after Ken was up and running immediately while Ken who was kicking could not get on track faster. Ryan had an e-start and with a push had his bike up placing miles on his wheels and went ahead to win the race. This performance did inspire the electric starter standard on models like the 2018 450 MX.

The demand for e-start grows higher due to its cost to benefit ratio. Motocross bikes are much more expensive now than they were years back. The efficacy of starters plays a role in it. Battery and starter technology combined with electrical engineering has improved tremendously. The efficiency of the improved bikes shows there more benefits in comparison to the costs incurred. 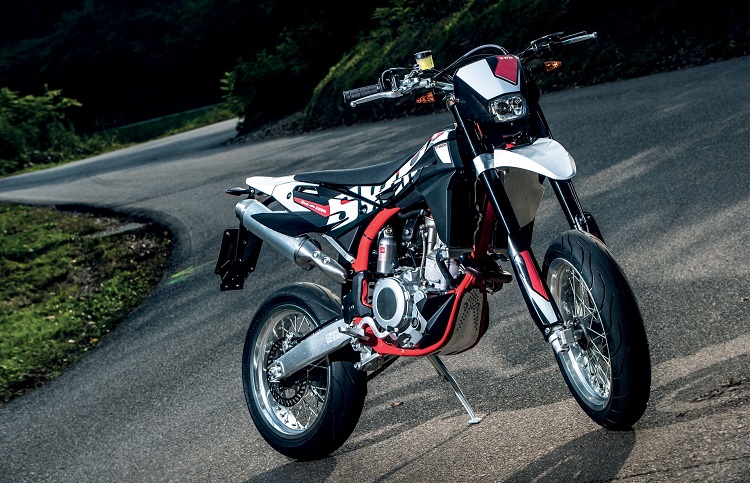 There is an option of buying an already street legal dirt bike. However, it is not difficult to create a legal dirt bike of your own. It is essential to find out the requirement in your area, since different states have different motorcycle regulations. This article will provide a detailed collection of the general mechanical… 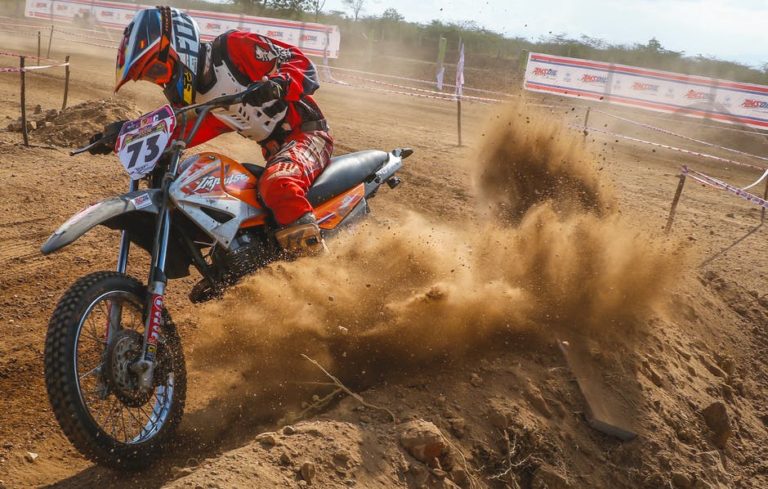 If you’ve ever broken a chain or lost a bolt while dirt bike riding, you know how important being prepared can be. Keeping the essentials with you in a dirt bike tool kit means you can make quick repairs while out riding to keep the fun going. Even back in the garage, having the right…